Check out the Covers for a new series, The Valentine Boys by Lani Lynn Vale coming in 2020!

His Wranglers fit him like a glove. A really tight, leaving nothing to the imagination, glove. Codie wants nothing more than to shove that Wrangler-covered butt straight into the mud. Ace Valentine has a smart mouth, a devil-may-care attitude, and those wicked eyes aimed directly at her.

She doesn’t know what to do with that kind of attention. Especially not from the sweet-talking man that has no problem charming every woman that enters his orbit—everyone but her, at least.

Ace isn’t sure why Codie Spears had her panties in a twist when it comes to him, but every snub and insult she hurls his way brings him closer and closer to falling for her.

He’s not sure what it is about the town’s bad girl that draws his attention, but every encounter they have leaves him wanting her until there’s nothing else left to do but have her.

The only thing is, she’s been convinced by everyone around her that she’s not good enough. Tell a person that she’s a piece of trash enough times, and eventually she’ll start to believe it. It’s going to take a lot of smooth-talking and gentling on his part to get her to see that she’s worth it. And once he has her where he wants her? Well, she’ll make a mighty fine rancher’s wife.

Pre-Order on Amazon! | Add on Goodreads!

I fell in love with his rope skills. I stayed because somehow he took hold of my heart and made it his.

Callum Valentine didn’t mean to eavesdrop. Then again? When a man is calling a woman fat right in front of your table, it’s kind of hard not to intervene. Especially when the town’s most beautiful creature ever is the one being called fat.

Desi just wants to be left alone. After an ugly divorce, she thinks she’s in the clear. Then her ex takes it upon himself to continue to make her life miserable, giving Desi no choice but to take it or leave.

In fact, her bags were nearly all the way packed when Callum poked his nose into the most embarrassing spectacle the town of Kilgore has ever witnessed. The moment he declares her his and off limits, everything changes—and definitely not for the better.

As if things couldn’t get worse than being called a pitiful, fat heifer in front of the hottest man she’s ever seen, Callum has to go and say that she’s his, and they have to play a game that she’s not quite sure she wants to be playing.

But before her eyes, things change. And suddenly the rules of the game aren’t clear. And they’re crossing boundaries neither one of them see coming.

Candy Ray Sunshine—Yes, that is my real name, thank you very much, Mom and Dad—knew two things.

One, she was going to work her butt off and open her very own coffee shop, even if she had to die doing it.

Two, Banks Valentine was the world’s worst ex-boyfriend in the history of ex-boyfriends. Even if they were only boyfriend and girlfriend for one evening. She wouldn’t sneeze on him even if he was on fire.

One, he was an immature jerk when he was in high school, and Candy Ray Sunshine probably could open a coffee shop if she put her mind to it. But he still thinks that she should shoot a little higher, anything that gets her the heck out of Kilgore, Texas.

Two, he likes riding bulls. It’s a dangerous job, and when he gets on the back of one of those thousand-pound death machines, he can finally feel his head clear enough that he can think.

Then again, neither one of them expected that night to end the way it did, either—the night that both of them refused to talk about the next morning. 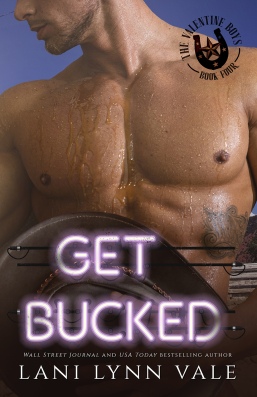 Darby has always been ‘that’ guy.

The guy that no man, woman, or child wants around their loved one.

See, a long time ago he made some bad decisions. Those bad decisions have haunted him ever since. No matter what he does, people still see him as the town’s screw up. The boy that sold his soul to the Devil.

Years later, he’s turned himself around. Made amends and ultimately turned into a generally good guy. Only, it’s hard to act like a good guy when people still treat you like the old you, and not the new you.

Waylynn has watched Darby Valentine from afar for a very long time.

She’s witnessed the changes in him and knows the only reason he’s so mean is to protect the man that lies within. A battered, injured soul that deserves more than what he’s received. Even his own family takes him for granted.

She’s made it her new mission in life to prove to everyone that Darby isn’t the bad guy. That he’s a kind-hearted, sweet soul that’s just looking for a place to fit in.

Only, Darby is fairly sure that Waylynn is out to kill him, not help him. How else do you explain all the fights he’s having to break up on her behalf, or all the times he has to come to her rescue when she’s managed to put her cute little butt right in the middle of something where it shouldn’t be?

There’s obviously only one solution. He has to make her his. Then everyone will know not to mess with her. Darby Valentine protects what’s his. No matter what the cost.

Lani Lynn Vale is a USA Today Bestselling Author of over thirty titles. She is married with three children, two dogs, two cats, a donkey, and a couple (a couple also meaning over twenty) chickens.

When she’s not writing, you can find her curled up in her favorite chair reading. Lani is married with three children and lives in the Great State of Texas.