Bonny Reed is beautiful, inside and out.

A loyal friend and loving daughter, she’s newly engaged to her small town’s most eligible bachelor. She’s happy for herself—but mostly for her family, who need the security her marriage will bring.

An old enemy shatters her illusions.

First Baron Loel cost Bonny’s family her fortune. Now he’s insisting that her fiancé has hidden flaws, secrets so dark that—if she believed him—she’d have to call off the wedding.

How will she choose?

When the truth comes out, Bonny will have to choose between doing what’s right and what’s easy. Between her family and her best friend. And hardest of all—between her honor and the love of a man who everyone wants her to hate.

Who doesn’t love a good Historical Romance with one of my favorite tropes – enemies to lovers? I mean heck, I will give it any time or day just for the swoonage. This was definitely a great dynamic, once I got started I couldn’t put my tablet down, I HAD to know where the romance was going to lead…. I needed answers!

The main characters were perfection. There. I admitted it.

Loel is a man of title but by title only. He is still suffering from an accident he caused which has turned him into a poor titled man with nothing to show. He is grumpy, he is stern, he is cruel and with a cold-heart at times, but can you blame him? Though he caused a massive fire in his younger years by an accident, he tries to make amends with the understanding that no one would ever accept him. He was the true angst hero I have been dying to read. You cannot help but fall head over heels for his personality, the sympathy for him left me swooning. Bonny on the other spectrum annoyed me yet I adored her. She is sweet, very sheltered innocent young woman. She annoyed me simply because I wanted her to take a chance, LIVE DAMNIT! But again I had to pull myself back in, the timeframe she lived in just prevented her from doing so. She was a woman with breeding that needed to marry with title, her reputation was everything and her beauty is constantly hovered over her as a fault and not a blessing. So every time I found myself battling my internal hatred I couldn’t help but want to help her grow.

The romance between Bonny and Loel was beautifully paced. Obviously Loel would not pursue Bonny as she has been spoken for so there is a sort of forbidden attraction between them as they start this friendship. I enjoyed their progression, the start of Bonny helping Loel with his orchids, learning about their conflicts, really growing together. Once Bonny took that plunge I was holding my breath just waiting…. oh my lanta Loel and Bonny together was romantically scrumptious. This is what I love for in Historical Romance. Those butterfly secret moments to the all consuming romance that leaves me melting off my seat – perfection.

I definitely enjoyed the friendship between Cordelia. They had this diehard bond that I found really empowering and refreshing. Where Bonny was refined, very naive personality, Cordelia was definitely more calculated, really a fierce of a woman. I liked how they were with one another, they supported one another and wanted to see other woman of society grow as they did. It was powerful connection. Cordelia was probably my favorite secondary character because she was one of the only ones with a certain level of depth. Other characters however, at times the substance just feels rushed, the friendships and dynamics of the drama with Bonny and Loel just did not flow properly.

Unfortunately in the midst of all this amazing comments I have a slight issue that affected my ability to connect with the characters. With Historical Romance I pine over my books for extensive details of the surroundings. Though the details I gained throughout, I could imagine this world but I couldn’t touch it. Enough description to aid the plot but not enough to see the characters.

Erin Satie has blown me away. Her writing style is absolutely captivating, stunningly beautiful. I say this regardless of my personal pet peeves, this did not deter from my overall enjoyment of this read. I was transported into this time and I couldn’t help but swoon every moment Loel and Bonny were together. Satie has such a creative and unique ability to create these character dynamics; rough, cold, callously rude hero that makes your heart pound while the heroine is this beautiful damsel hell bent on bringing him to her. Just an amazing romance that leaves you breathless. 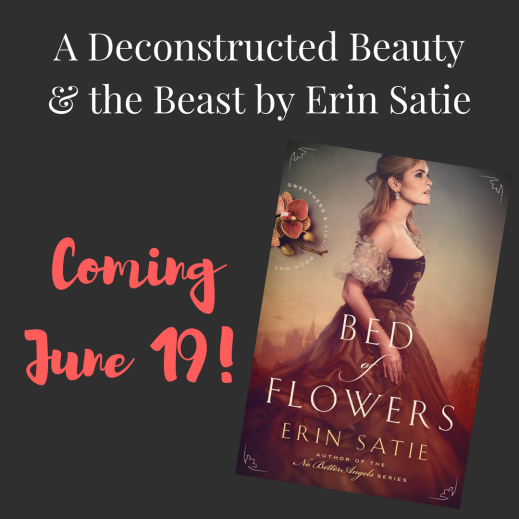 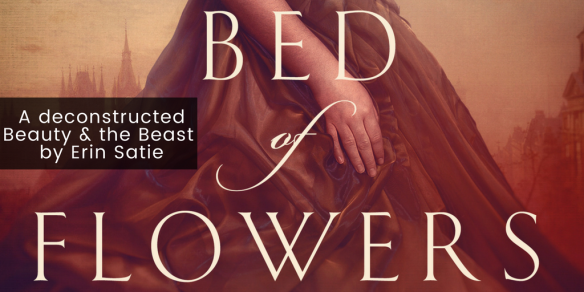 This is a snipped of Bonny talking with her best friend, Iris—she’s just kissed her douchebag fiancé for the very first time & she’s discussing the experience. Iris has some advice which Bonny isn’t willing to take. Yet.

“So,” said Iris, as they began their circuit. “I want to hear all about your walk with Mr. Gavin.”

Bonny chewed her lip. She suspected that she wasn’t supposed to discuss intimate matters with an unmarried friend. But she’d never hid anything important from Iris and valued her friend’s advice.

“He kissed me,” she admitted.

Bonny struggled to continue. It was hard to speak the truth aloud, even to her dearest friend. “I didn’t like the way he held me, like he wanted to make sure I couldn’t escape. It didn’t feel good.”

Iris stopped in the middle of the road. Her eyes flashed dangerously, but her voice was mild as lukewarm porridge. “Call off the engagement.”

Bonny checked for eavesdroppers but they’d reached on the outskirts of town, where crumbling cottages occupied generous plots of land. The only creature paying them any mind was an old plowhorse, poking its head over a weathered paddock fence.

“What if it was my fault?” Bonny said.

“How could it be your fault? You’ve never kissed a man before.”

“Exactly. Maybe I did it wrong. Maybe I was a terrible disappointment.”

Iris, a woman of supreme fairness and decency, actually considered this argument. “Why don’t you have a talk with Mr. Gavin? Surely he wants you to find pleasure in his affections.”

Bonny shuddered. “He would be furious.”

“Then it doesn’t matter whose fault it was,” said Iris. “If you can’t talk to your fiancé about something which is, by all accounts, a necessary component of any marriage, then you’ve chosen the wrong fiancé.”

“My family needs this connection. You know that.”

“Tell your family what he did and find out if they still want the match. They might surprise you.”

Bonny wasn’t going to describe kissing Mr. Gavin to her parents. Heaven forbid. And besides, she’d feel awful if they released her from the engagement. Like a petulant child.

“None of the other young men in New Quay have courted me. Everyone says that beautiful women can take their pick of men, but…” Bonny shrugged. “Perhaps I’m not beautiful enough.”

“Bonny, if you’re not beautiful enough, then no one is.”

“Don’t be ridiculous.” Bonny silenced her friend with an abrupt wave. “Besides, it’s years too late to change my mind.”

“Let us be exact.” Iris’s voice sharpened on the last word. “It’s too late for you to change your mind without upsetting anyone. It’s too late for a change of mind to be easy or painless. But”—Iris narrowed her eyes—“it is not too late.”

“You find a man’s touch repulsive. Once you marry him, he’ll be able to touch you as often as he wants, whether you like it or not.” Iris slid her gaze to the horizon, her expression bland. “Quite a puzzle.”

“Is that the lesson here?”

“Can we talk about something else?” 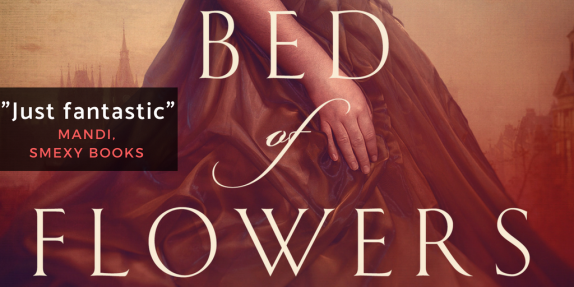 Erin Satie is the author of the dark and elegant No Better Angels series of historical romances set in the early Victorian period. She’s currently hard at work on her new series, Sweetness and Light.

Erin is a California native who’s lived on the coasts and in the heartland, in tiny city apartments and on a working farm. She studied art history in both college and graduate school—research is always her favorite part of starting a new book.

Her favorite part of finishing a book, whether reading or writing, is the happily ever after.

GIVEAWAY: Enter to win 1 of 2 e-copies of any back catalog book by Erin Satie!