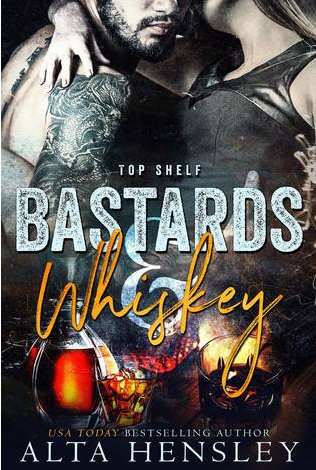 I sit amongst the Presidents, Royalty, the Captains of Industry, and the wealthiest fucks in the world.

We own Spiked Roses—an exclusive, membership only establishment in New Orleans where money or lineage is the only way in. It is for the gentlemen who own everything and never hear the word no.

Sipping on whiskey, smoking cigars, and conducting multi-million dollar deals in our own personal playground of indulgence, there isn’t anything I can’t have… and that includes HER. I can also have HER if I want.

*BASTARDS & WHISKEY is a dark billionaire romance. If you don’t like a sprinkle of shock, a dash of taboo, and a heavy dose of sex, then don’t take a sip of this TOP SHELF cocktail.

Alright, let me just pull myself off the floor – cheese and crackers that was, wow that was intense. OK I am good, I am here.

Let me start by saying I have always been a fan of Hensley. I have read some of her other series and sometimes they are some of my favorite re-reads. I really just enjoy her overall writing style in the erotica romance genre. So tickle my pickle of excitement when I saw the announcement of this interestingly delicious new series, Top Shelf I was beyond intrigued with the synopsis. First off, before I really dive into this I will give a disclaimer. Though I will highly recommend that you check out Hensley’s novels and I will encourage giving Bastards & Whiskey a go if you like erotic romance but I have to tell you one slight detail; This is a very dark billionaire romance, there is some high intense shock factors, taboo situations and an extremely heavy dose of sexual experimentation, if you are faint of heart and do not care for dominate/submissive dynamics on a deliciously sadistic level, then you do not want to take a sip of this cocktail. But if you do or willing to give it a shot, I promise it will go down smooth as hell.

Now that the red tape is laid out for you and it is out of the way, lets kind of jump in head first…

Obviously we care more about the characters, but for a good reason I will mention that there is a slight build to the set up of the atmosphere, which is something you don’t always get much details on in romance novels. Not that that makes romance novels anything less than amazing, but lets be honest most cases romance is solely based on the build of the characters. Because atmosphere is such a key element to the backbone of the story, I think it was done in the most beautiful way. The setting is in a gentlemen’s club, one in which that is located in the heart of New Orleans, called Spiked Roses and it is exclusive. So exclusive there are rules to adhere before you can taste the merchandise. I wanted to mention this specifically because as the story between the characters develop, it is the setting that Hensley created really helps your imagination. Hensley goes into details of each room from cigars to the bar, down to the Tasting Room. I mean seriously, the Tasting is fucking hot. Which is what leads us into the characters.

The Tasting is a sign up, completely voluntary where the women who work in Spiked Roses can sign up for a night to play on a more physical and intimate level with the paying gentlemen which can include the employees, like the owners which is lead then by a contract agreement. Now the key element to this is that there are themes which is really fun ideas and you sign a contract for whatever agreement with the buyer, this can range from foreplay to how long they can keep the woman which results in a large payoff. Basically a escort situation but for rent.

Anita is a new employee, having just moved to New Orleans is currently working in the cigar room until she decides she is ready for the Tasting Room. Which she isn’t. I really liked Anita, she had this bad girl innocence type of presence about her. I liked that she was caring about people around her in her personal life, which obviously aids in the reasoning for going into the Tasting Room the way she had, because she needed the money. Ultimately she gets herself in a really bad situation that she signed up to participate in but wasn’t prepared for; you really get the ick factor here – quick hint, the client she was entertaining might have given her a ‘yellow shower’, so yeah.. let that sink in.

On top of this you have Kenneth who is one of the owners and happens to be the lawyer over the Spiked Roses. He first found Anita attractive and somewhat kept a watchful eye out for her when she started. However because of the rules now set in place that he administrated, he wasn’t about to involve himself with an employee, but this didn’t stop him from looking. Can I just say that Kenneth is dripping with dominate sex appeal. I mean, really, it is sweating from his pores through the book. I really have an asshole complex, I flipping love it. Might I add as well that once Anita and Kenneth are together it is nothing short of steamy beaver drool chemistry.

Both Anita and Kenneth together is beyond amazing, both extremely likable and intriguing characters. There is enough depth to both of them to where you really got different sides, different emotions of your feelings towards them as you continue to read. Kenneth is a straight asshole, literally he is not a kind man in the least at the beginning and Anita is definitely more innocent than her outer appearance looks because after her poor choice in getting money she really breaks out of the bad girl persona to the scarred little brat she actually can be. Sounds crazy I know, but because of their personalities their chemistry is definitely a case of infatuations by first sight, almost borderline need to create a dominant vs submissive build between one another. This bottles into a hot push and pull scenario that also steams into their sex scenes. Can I just say their sex scenes are very nontraditional (vanilla) and beyond the sexiest thing I have read.

In a nutshell I loved this novel. Bastards & Whiskey really set the tone for the future novels and I cannot wait to continue the series. Because the set up for this book was so  well written, I really get the sense that it is a huge turn around for the world surrounding future novels within the series. I mean it is a bunch of rich hot men running a gentlemen’s club and they all have to have some type of kink to which I want to read now. I loved the pacing of the characters and their dynamics, the supporting cast are some of the most interesting add-ons to the plot that makes things flow perfectly. The main love interest characters are jaw dropping, amazingly constructed. I loved their overall growth from the beginning to the end, their chemistry, again was just hot. 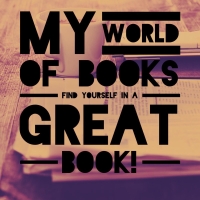